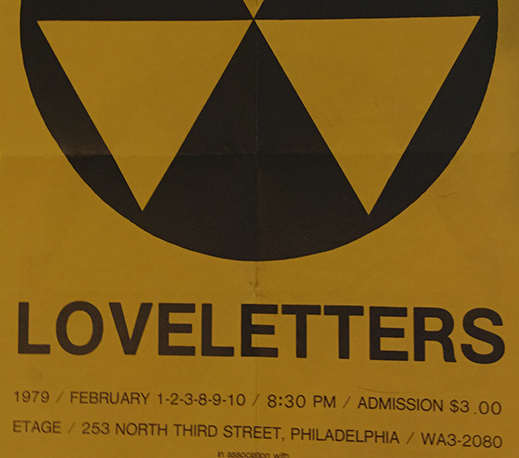 Bricolage was a collaborative theater group formed in 1975 by Daphne Nichols, along with Charles Guarino, Jerry Nichols, Mark Campbell and Robert Younger. The company evolved over fifteen years, adding and changing members and eventually resettling in New York City. The group rehearsed and performed extensively in Old City including ETAGE Bread Street Studio and Wear White At Nite, as well as throughout the city at ICA at the University of Pennsylvania and Philadelphia Museum of Art.