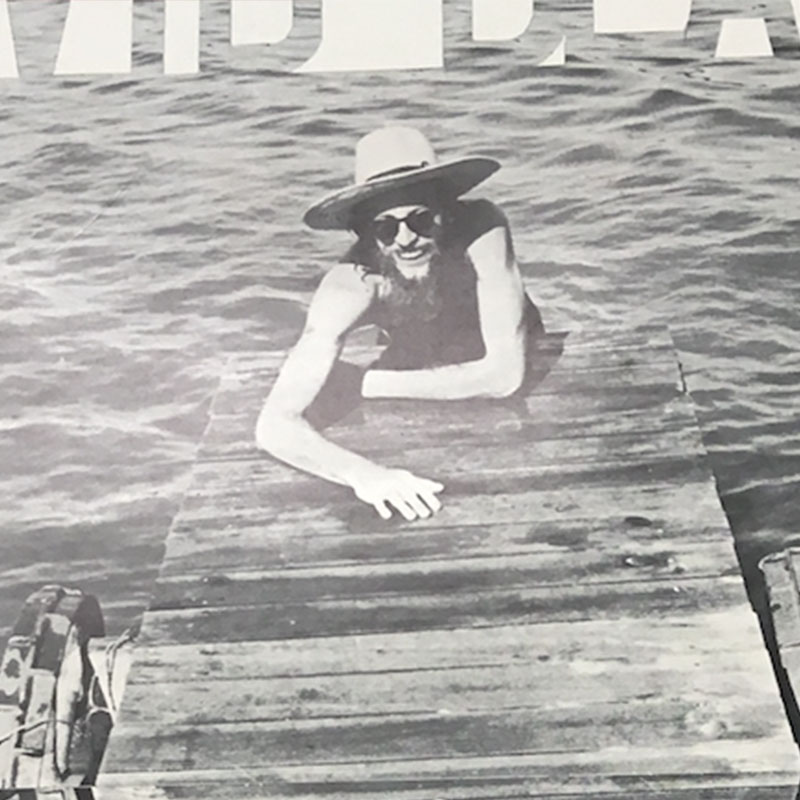 [TF: When did you first come to Old City]

Entry was through Marion Locks a partner and Tom Debruin. We are framing for her. She decided to move to 228 – 230 Arch St in 1974 or 75.We rented one building with our girlfriends, and took the top floors. Locks Gallery was on the 1 stfloor. Rent was $200/mo. but with no heat, plumbing or good electrical for top floors. We used wood stoves for heat. Marion Locks was the city’s premiere gallerist. She had a gallery on Walnut Street in Center City. It was through the PAFA that we connected. She hired students to do maintenance, serve bar at openings, etc. A couple who lived on the first floor left 230 Arch St., we moved in there too.

At 230, the second floor was rented to artist Mary Nomecos. I took a studio and John Suess had a studio above. That building had about same rent, but we had to put a lot or renovation into it to make it work. We were there from 1975 to ’79.

“Jes Grew Festival” [was] one of the first events Jeff Cain and Terry Fox put together. We’d see each other in the streets. There was no one around but us. Or maybe at the Khyber Pass, but at some point we’d bump into each other. So in 1976, I was a business owner. I was also a part of the Merchants Association. There was Star Communications with Leonard and Pearl Steinberg and Bill Kingsley who ran Betsy Ross House. The Business Association had breakfast at the Holiday Inn. It was a very mini-chamber of commerce with only 8 or 10 people. They were definitely paying attention to what was going on. I got a kick about being an artist and a businessmen, seeing it from both sides. The businesses were excited for the activity, and they liked having the artists around. It made their properties safer and probably made the properties be worth something, eventually.

Locks had her gallery on Arch Street [Marion Locks East]. We did all the wood chopping for heat in the basement with the rats. She created a small gallery, sanded floors, etc. She later moved down the street but was there for several years. Exhibits included Malone Defreeze ( a fictional character ) There was an artist in residence show. And she brought in other young artists.

[JC: How many artists were in OCA in 1974 besides the many in your building?]

A dozen or so. But also the Brics [Bricolage, theater group] were around. Jackson and the crew south of Market St. and Harriet Knopman and Ron Curl [on 3 rdSt.]

ETAGE was just starting then. [1974]. I had a show “3rd string paintings/over the sofa… “ It was in a group show with Seuss and Debruin at ETAGE. Maybe hers was the first gallery? Marion saw the potential.

“Wear White at Night” was in May 1977. I remember working with Eileen (Mulgrew) and Harriet (Knopman) and Jeff Cain to put that together, and how it came together. I remember spending evenings figuring out who was going to talk to merchants, run extension cords to light the way and works, etc. It was a kind of effort that made it a community effort, and it linked to the business community. “jes grew” was the first show to have artist windows. The businesses were totally game with all of it. “Wear White at Night” was one of the seminal events as it incorporated the entire Old City cityscape, activated with dance, music, spoken word, visual art installations. It really incorporated the whole gamut of what was going on in Old City. The opportunity to do conceptual stuff and have so many different personalities be involved was very inspiring. It moved everyone out of the isolation of the studio, which was particularly true for the visual artist. Performance conceptual art really was a breakaway for them. They still were stuck to a system of making a painting and then getting it sold through a gallery. It was, then, a political kind of engagement. Political activism was an undercurrent that translated into how I look at the life of visual artist. It completely transformed how I viewed my life/work as an artist. Through the course of my time there I was thinking of art in an entirely different way… performance art, mail art – conceptually it was an eye-opener.

[JC:What were the big ideas?]

It was the [Mayor] Rizzo years in the city. During the Bicentennial Rizzo wanted to call in Federal troops to make it safe. There was the homophobia of the Rizzo years, the Oil Embargo, the demise of Nixon, the flapping about in the Carter years, and winding up the Viet Nam War.

Economy ___We laughed because we didn’t use cars or gas and we heated with wood. Civil rights was being re-thought. It was very different from the white rural community in which I was raised. I was first generation to attain a higher degree. I was a history major. It upset my family when went to art school. Kathy’s [Vannozzi] parents never had higher Ed degrees either. There was upward mobility but what went with it was a social mobility that made us aware that if you didn’t teach you went into insurance or into the defense industry. Not much out there. Certainly it hadn’t been thought out where these graduates from arts schools were going to go or how they were going to exist. Higher Ed later became a big business The PA Academy actually just gave a certificate, not a degree as it was of a classic studio tradition – a bunch of artists who ran studios. All just hands on, no theory. I didn’t want that theory, I had that.

[JC: Any highlights from your recollection of OCA ?]

A series of highlights: – Working with Terry trying to get grants, sort of the blind leading the blind. It was my first notion that artists could put heads together, have a commitment to an open society, where there was a deep seated rejection of what we were doing. We used Old First Reformed Church’s tax exempt aegis.

– What organizational effort could show the ability of that diverse of crowd, could come together and pull all that off. The festivals that pulled artists out of their studios but also out of their minds. Everyone was pushing everyone else.

– Living Room At The Bottom of the Lake was an amazing collaboration with Stanford Hughes, Eileen Mulgrew and Jane Messick. Again a bunch of people from a bunch of different disciplines. What else is community? What we were able to do with a vision and commitment of arts that enabled us to see beyond whatever disciplines with which we had trained our minds.

– Wear White at Night our contribution with Abe.

– Abe Rothblatt’s “piece” His bent tubing was a cathedral, spiritual and social. And Abe himself what a character. We collaborated on a cross at Easter for Dahler Hayes [minister at Old First Reformed Church] We designed and built the thing bouncing ideas off each other. The prior year he had engaged Bird and the Dirt. He was really challenging his congregation.

It just goes on…

The other issue was the “club house”

The Camitta Brother’s owned the building at 4 th& Wood Street. Sculptor Ken Clark lived down the block But the reality was that funders really wanted a formal model, especially with income generation thorough membership dues, much larger than what we were collecting. There was no individual artist support at the time. Artists, Jeff Kippax , Bob Rivera and Dahler Hayes were all proponents. They understood the compromise needed for sustainability, where others didn’t.

But OCA provided a unique focus one could take advantage or not. Perhaps it was easier for performing artist who collaborate more. But visual artists are always stuck in the one step removed from the audience, all the time.

Jack’s, Bread St Bar, Continental, parks and lofts, Khyber Pass – a fair amount of liquor was consumed… Life on Arch Street with “Fireman Bob” who rented a space to do a souvenir shop during the Bicentennial. There was a flurry of activity around the Bicentennial. Another example of the extensions. Tony “ the cop.” Kathy’s car got stolen, a ‘66 Buick wildcat. Call Tony. Shippens’ sandwich stand. The Chatterbox under bridge. The Lite Bite at 3 rdand Vine. Lerners, [“NewYork style cafeteria”] and Youngs’ meat market.

And then there were the dogs: Gideon, Charlie aka Charlene after he had pups, Emily, Joby, Rufus and Jupiter. John Fishman and Pettengill had a big shepherd. This is all what makes a neighborhood….