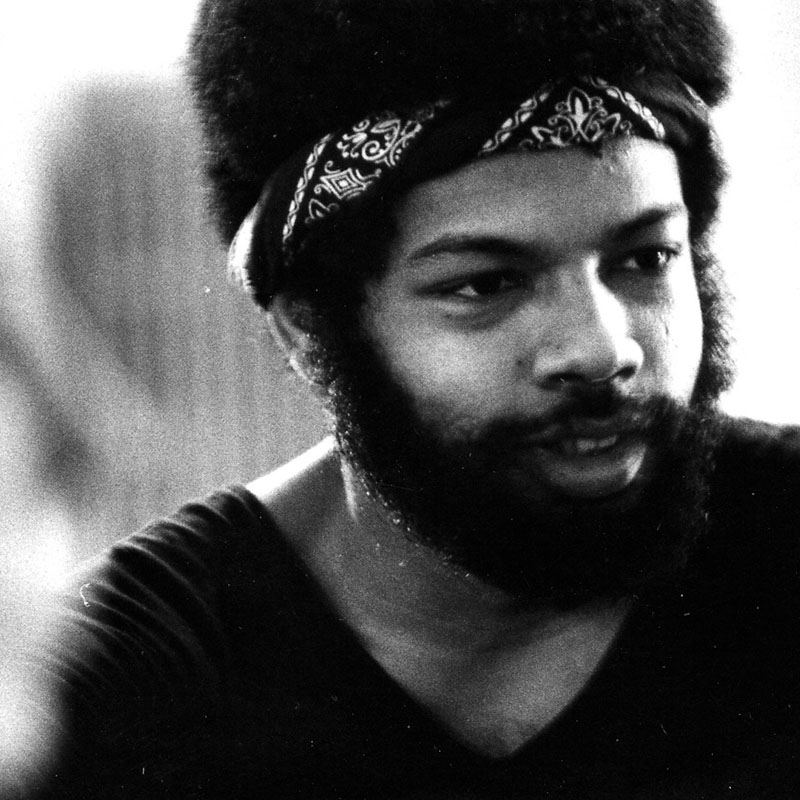 I moved here in the Fall of 1972 when I had just returned to the US after living for a year in Israel. I decided not to go back to College. I had a friend Susan Lurie who as studying dance at Temple and had a house. She introduced me to Group Motion.

I was in Group Motion, that Terry Fox had already been in, and I became a member in ‘73 or the end of ‘72. It was a pleasant experience for year and a half. When I saw the film of their piece “Eastern Standard Time” my firmed Susan pointed out Terry. So I was always curious. There was little tension at Group Motion because it was not free improv, there were a lot of rules. So I took a workshop with you [Terry Fox] at a church on Spruce Street and you asked me to come to the studio on Church Street in Old City. And I remember the subway stop at 2nd street as really dim with one light bulb, and I thought where was this ? I remember walking up those creaky steps at 217 [Church Street]. By 1974 or soon afterward either I was teaching some classes and/or working with you. I was dancing with you and Jeff and all the musicians. I took a class with you in Fairmount Park.

[Background] Neither of my parents had advanced degrees. I went to college for 2 years at a small conservative Catholic school in western PA, Gannon University. I grew up in Harrisburg. I decided to go to Europe for the summer my junior year. I had plans of coming back but the plans dissolved and I found myself in Israel to visit a friend. I was interested in Kibbutzim as I was sort of socialist, leftist . I was interested in visiting one. I had never done any heavy farming. I started to work on one of two farms in Israel that raised pigs. I kept all my letters from my parents… how I was breaking their hearts. I stayed over a year, and also went to Denmark for while. When I returned, my parents made it clear that I couldn’t stay at home so I went to Philly though I knew I wanted to go to New York, but I wasn’t ready. I showed up at Temple, taking classes with Hellmut (Gottschild) Eva Gholson and Edrie Ferdun. I guess they let me in free because I was a man. Susan was also going to GM’s Friday Night workshops and I started going with her. They were energetic open jams. They asked me almost right away to join. What’s interesting is that I still am connected to you, Michael Biello and recently Tom Brown. (all GM alums) Warren Meuller and Tonio Guerra were in the company with me.

[Memorable event or thing in Old City]
I taught Tuesday nights I had little experience but you asked me. We made no money. Sometimes no one would come or just one person. But it was invigorating working with all the musicians, Lenny [Seidman], Charles Cohen. It’s important that you entrusted me to teach. Of early “pieces” – my memory was that we’d just get a date somewhere like the Bride on South Street and go there and just jam. “Wear White at Nite” was a huge spectacle, and magic. How did that happen? It was beautiful and it worked. And “No Mans Land” – and these in contrast to things personal but also the freedom to go out and dance in the park. Putting on a record and just jumping around. I didn’t realize how special that was, until much later. That people could do that.

[Music was integral to learning about improvisation.]
I think it still informed my work. In the revival of “Them” with Chris Cochrane, the sense of how to communicate with a musician in an improv score, I learned that there. 217 was the hub if my old city experience the heart beat of it. When I think of Old City, I think of Church St.

[What of Two Men Dancing at 1976 at Bread Street]
I met Michael Biello at GM. I left before he did. We were both gay men and we talked about that. We went to clubs together and socialized together. He came sometimes to the 217 Studio. I don’t remember how we started working together. Cathy Stoops and Steve Lebowitz had bought this building on Bread St and put in a really good dance floor. I think I was taking Tai Chi with Maggie Newman. Had there been shows before ? (The “Brics” performed there – not sure who else) I asked her of we could perform there. We asked Jeff to play music. I was living in Queen village with painter Deryl Mackie, who passed away in 2005 [Co-founder of the PBAC]. We asked him to make a set piece. He created a big screen of two men dancing. And we also hung paintings of his of male figures. The work was what I’ve come to call “autobiographical fiction;” events based in real lives that were fictionalized, emphasized. Two years after that either next year or a year later, there was a gay performance festival at Penn. We did 3 different pieces with Dan Martin doing music. The works got bigger and bigger as time went on. The last work being “What We’re Made Of” created with 4 dancers, a very pro gay piece, which was revived in 2010. I chuckled because we made THEM 6 years later, there’s a difference between those two pieces is remarkable. I the first is celebratory about gay liberation, the second created on the cusp of AIDS in 1986. It was a very dark piece. But both got revived in the same year 2010.

Going back to Two Men Dancing I thought there was an incredible amount of acceptance and freedom to be whoever you were in Old City at that time as opposed to the culture at large. We were doing a piece with two men that had gay themes. No one batted any eyelash. It was sort of non-issue. Where as we did the later pieces at Penn it was segregated in to a Gay Festival. The context was this a gay piece and vessel for gay people. These were just two people working together, I felt that was weirdly different. [TF: That segregates your audience, and that didn’t happen so much in Old City. As example “Mandala” in the Rose Garden much more diverse didn’t exclude anyone.]

[Favorite hangouts]
In Old City maybe Khyber Pass. Was there a Franks? Maybe Sassafras. I never lived in Old City but when I was around here there was the Continental for breakfast, or whenever. It was very important as a meeting place. One didn’t necessarily make plans to meet anyone, but there was a good chance you’d run into somebody there. I conflated the Black Banana with the Sugar Refinery – like there goes neighborhood kind of thing. And the parks.

[In OCA events] I was in the Jes Grew Festival. I was in NML, Sunrise Orb, BWTDB, Mandala pieces I did an evening with Pete Baker and Beth Lehman at Group Motion on South Street – “Ack List” one of the last things I did before going to NYC. The songs were about anarchy. Beth sang a song that I wrote the lyrics to “They Started with the Babies.” I think the Dura Brothers were in it. We performed at the Bride on South Street. I did a piece that you sweated pipes, there was a live pig, and somebody fried bacon. Louie Sanders and I did contact improv in that piece.

[TF: I remember you inviting Danny Lepkoff to the 217 studio] I met Danny when John Gamble was at Temple and had invited CI luminaries to come to Philly. Paxton named his movement form Contact Improvisation in 1972.

[Discussion of people] When I first came Jean Parisi lived there (217) and there was Phyllis Jones and Rufus and Jupiter, and Diane Keller, Stephanie Daniels. I ruined the acronym of LOMUSEDAGI. The
Mulgrews. All the musicians. I ran into Steve Antinoff at UArts alast year and we vaguely knew we knew each other from Old City days. I have a very strong memory of some named Rachel – I remember her gesture of putting water on her face. Mindy Bronson ? yes I got her of a job at Lautrec. [Do you remember a Valerie ? ] Harris, a friend of Scott Booth. She played the cello. She lives in NY now. Jeff Tessler was Rochelle Radditz’s boyfriend, Once he came to class with Terry Beck.

[Over all culture] Probably everyone has mentioned Rizzo. I was here for the Rizzo years. That defined my entire time here I remember that the police were really threatening. As an African American man walking home at night I was stooped regularly. Heavy police presence. Public behavior was informed by all that.

Those silos of dance, I was talking about before. I was told by one dance instructor (who shall not be named) that I couldn’t take class from another instructor. People were really possessive of their turf. Different crowds followed different artists so there was little to no audience crossover. There wasn’t a healthy curiosity about what was going on – all so different than my experience in New York. Maybe it was that the pie was so much smaller here. But in NYC more outlier events are supported and covered by press, etc.

[What question]
Thinking about earlier question of demographics, race, class, gender and gender expression, I am sort of curious as to what that was. What was my memory of lower middle class. working class background of several in our group ? Being a first generation at university, which is something I hadn’t considered to be true of substantial number of people in our group. There was inclusivity about race. It just that there weren’t that many people drawn here in terms of black life.

[TF: It seemed that people were drawn more to esthetic but the esthetic was open-ended in a particular way] I thought gender and gender expression was wide open, without being exceptional or spot lit. I felt really comfortable here.

This project is really exciting actually.

[Discussion of community a little but like Black Mountain – short period of time. A range of personalities all of who went on to other places and for some other careers but they definitely influenced by being here] I think Headlong moved to Old City… because I talked so much about it.

[Discussion about development of Old City in comparison to SOHO, how New York creates itself. The commerce is so much larger there]