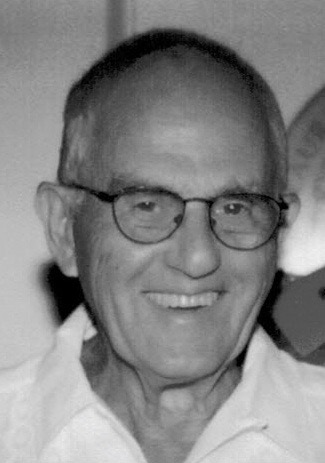 Terry shows Martin a photo of ETAGE at 253 N 3rd Street to get the interview going.

MF: As long as you mention ETAGE, I want tell you about an incident there. Sigmund Kaye was doing a rehearsal, and part of that rehearsal was using a smoke machine. The place filled up with smoke, it was actually steam. Somebody turned in a fire alarm and the Fire Department showed up with their hatchets and outfits: “Where’s the fire ?” I said, “There is no fire.” “What do mean? There’s all that smoke.” I said, “No, it’s just a machine that makes smoke for a show they’re doing.” “ Well, we want to go in and take a look.” Well, I called them off and there was no damage done.

JC: Firemen were pretty great in Old City. They came around every so often to check on things.

MF: There was all kinds of “bootlegging” going on in terms of illegal electrical wiring and plumbing by renters. Harlan Crider was my partner. I had seen what was going on with these old buildings, like in SOHO, in New York. These big old buildings were being converted into loft apartments. Not my original idea. I copied this idea. I saw the same thing in Amsterdam. I thought, this is what is happening all over the world. I decided to try that. I liked the idea. I already had my family (wholesale) shoe business. It was my career when I came out of the army. I hated very minute of it. I tried to take it into a retail business. And one day, in the middle of a snowstorm, I drove to the Pennsauken Mart [in New Jersey], where I had a booth. In the middle of a snowstorm! I said to myself, “You are a Wharton graduate. You can do better than this.” And I decided right then and there to get out of that (shoe) business. I started buying buildings. The first building was 253 N. 3rd Street. Are you artists ?

TF: We performed there in ETAGE. I was dancer. That’s how I know your daughter-in-law, because I currently direct a dance project in Philly. And Jeff’s a musician and playmaker and poet. He performed there as well. He directed a huge outdoor performance, in 1979, on the cleared blocks at 3rd and Wood Streets.

JC: OCA had the big clearing, rented for a dollar a year from PennDOT, for a few years. It was where a lot of vacant buildings had burned down.

MF: Harlan Crider converted his apartment. He was my tenant. Architect David Beck introduced us. I told David what I wanted to do. He said, “[Crider] is the expert in cheap.” That sounded right to me, so we went in this together. Crider did the work, taking care of City Hall variances and permits and so on. My job was to put up the money. I stayed in the shoe business while I got into the development business. I just wanted to see how things would go.

TF: How do you think things went? MF They went very well. Extremely well. I love what I did there, some 35 years that I was involved.

I liked the idea that I was taking old, vacant buildings and bringing them back to life, that I had a hand in saving a neighborhood in Philadelphia. I started renovating buildings for apartments, and people would walk by and see the trucks coming in from lumberyards or building suppliers. (They would ask,) “Are you turning these into apartment lofts? Can I rent one?” I said, “Sure.” “How much are they?” “About $250 a month.” “That sounds good. Can I give you a deposit?” I said, “It won’t be ready for about six months.” “That’s all right. I’ll wait. “ And we went on from there.

No, we did no advertising. Didn’t have to. There was a big demand, mostly from the artistic community who wanted more space for the same amount of money.

MF: Early ’70s. There was hidden plus in these buildings: they were all stripped down skeletons. There were exposed brick walls and exposed beams in the ceilings. There were no demolition costs. Heating ducts exposed was a novel thing at that time, and the people loved that.

Skip: Harlan designed a sliding panel shutter for skylights, to close in the summer and open in the winter. JC Were you connected with the Old City Civic Association ?

MF: I was a member of the civic association. We tried to save the neighborhood and tried to keep people from coming in with bulldozers, razing buildings in the middle of the night or on weekends before anybody knew what happened. We had some degree of success. The civic association went out of business — they couldn’t defend themselves from all the lawsuits, like fighting variances for the height of buildings. There was a six-story limit.

JC: At that time artists, businesses, and longtime residents all seem to get along.

MF: Where I was [rehabbing], on Race and Vine, no one lived there. There was one little residential street, on North Lawrence Street. All the development I did was on 3rd Street, and I already owned the building on 4th and Lawrence that was my office and warehouse. [Visual artist] Jody Pinto was a tenant. Her partner was Julie Davis. They were in 406 Vine. [He showed a Pinto artwork hanging on his wall, titled “Mountain Scream.“]

TF: How many buildings did you have? About fifty units in about 15 small buildings. I could have gone further into it. The last development I created was with a limited partner who invested money for a portion of the project. I didn’t have the money to finance what I was trying to do.

And so, to give you an idea of how emotionally I was involved in what I was doing… The neighborhood, I was developing, at 5 o’clock, it was dark. Everyone locked up their buildings and went home. It was total business [occupancies]. I had started doing this building, the K. Straus Tobacco building, (and) I walked out and looked up: there was a leaded stained glass in the window, with a light on [behind it]. I looked at that and got a big smile on my face. That was the first sign of life [after dark in the neighborhood], and I really enjoyed what I was looking at.

JC: When we moved here in 1975, the subway station at 2nd & Market closed at 6PM. It really became like a ghost town. One of things we noticed over the years was that in the winter, everyone hibernated. But each spring there were more and more new faces on the street.

MF: All good memories. After I did the developing that I did, I could have gone on. And gone onto bigger projects which required greater financing. But I decided not to do that. I felt it would take too much time from my family. Eventually, Harlan left for Chicago and our relationship ended.

TF: Did you live in Old City ?

MF: Nice to meet you both and to know that you were all part of that. Where did you live?

TF: On Church Street, between 3rd and 2nd, near Christ Church. I’m curious about the Y Arts Council, which predates but also parallels Old City Arts in Philadelphia.

MF: My wife was very active [in the Arts Council]. She had a radio program on WUHY [now WHYY-FM] on Sunday nights. I forget what it was called. A program of art developments in the past week, a half-hour program.

Skip: One of unique things she did, she put a special group-therapy session on air for 24 hours, “Marathon Group Encounter.” [Skip shared a news article about her program from the Drummer 1973]

MF: I knew Sam Maitin, and we have several of his posters. JC & TF Thank you again. This was wonderful and so great to talk with you. We appreciate your time. MF I hope I gave you enough information.

Skip: My Dad bought one building at 406 Vine Street, which is where the motorcycle shop is. And the building had been vacant for years and years — windows broken out — so the front of the third floor was rotted away. So the [front section of the second-floor] ceiling was left open. Jody Pinto lived there. My grandfather had a wholesale business at 4th & Market. My dad branched out into retail sales. When 4th & Market Streets was redeveloped, a lot of merchants went to 444 North 4th Street. He bought a building at 408 Vine for his shoe warehouse, from the owner of I. Goldberg’s Army-Navy store. Nearby was Sy Green’s cafeteria and the Clinton Bar. Sarcone Shoes [Terry shows a photo] moved to 8th & Arch, and is now out of business. There was a barber shop on the east side of 4th Street with a business, Snappy Signs, above. My dad sold Converse sneakers and knock-off brands, too.

TF: Did you go to any events at ETAGE?

Skip: I was in the Black Banana once. One of Martin’s tenants was Natasha Hulme, who was a bartender at the Black Banana. Her partner is photographer Michael Penn. Couldn’t recall seeing any arts events in the neighborhood. I was away at school, in Pittsburgh. My mother, Polly Fischer, was involved in the Art Alliance and the YMHA Arts Council. We have a number of Sam Maitin’s posters. The Arts Council’s very avant-garde programming appealed to her more than the more stuffy Art Alliance