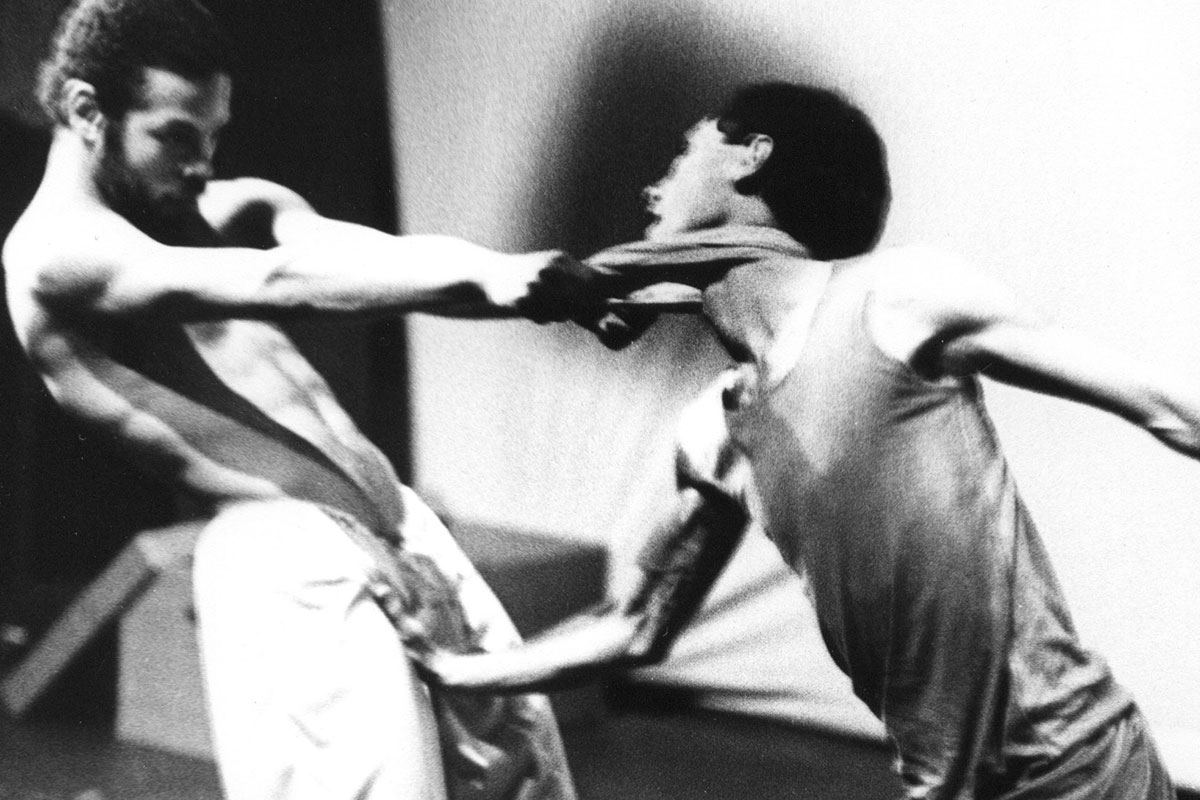 In 1976 Ishmael Huston-Jones and Michael Biello performed the first Two Men Dancing at The Painted Bride on Bread Street) in collaboration with musicians Charles Cohen and Jeff Cain and visual artist Deryl Mackie. The work was created in part to give creative expression to the creators’ identities as out, proud, queer men.

Two Men Dancing evolved into a collaboration between Ishmael, Michael and Dan Martin (along with invited guest artists) creating additional work which was rehearsed in Old City lofts and sometimes outside at Independence Park. 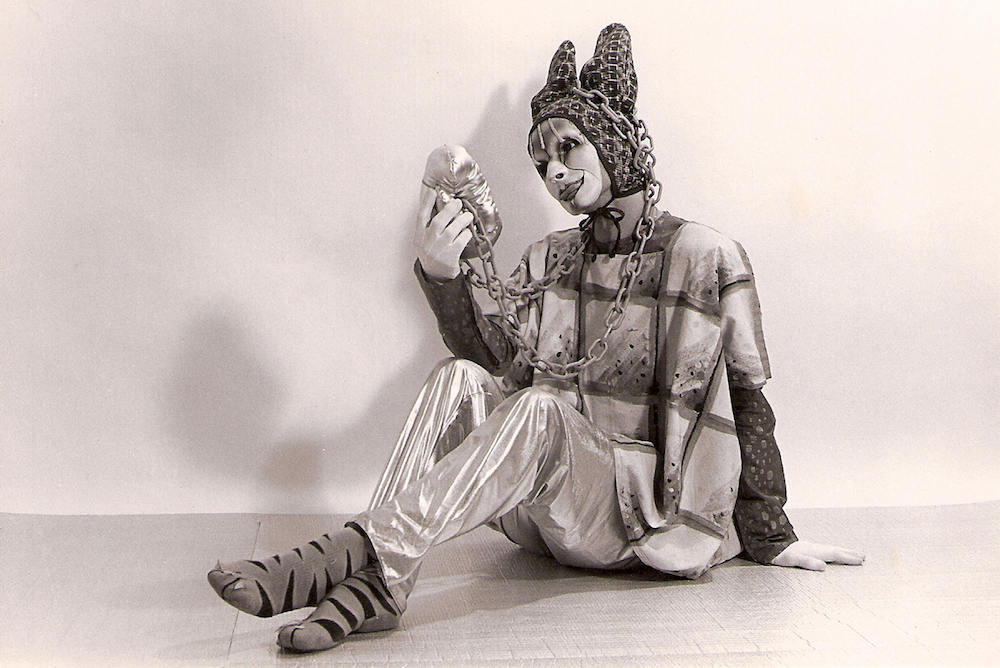 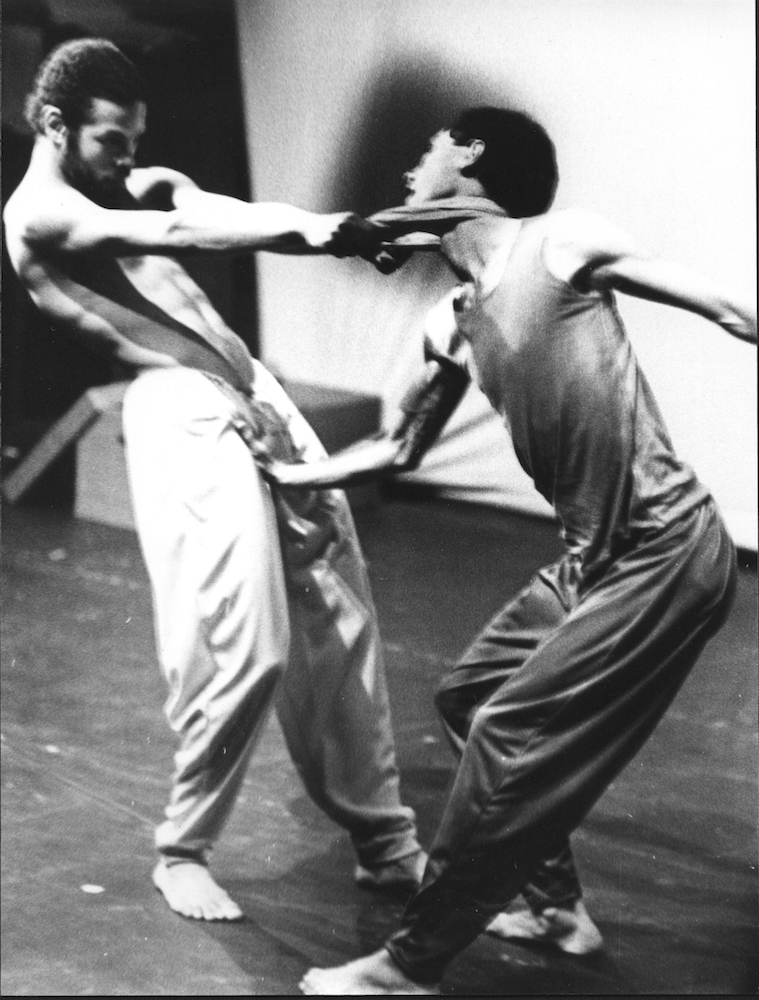 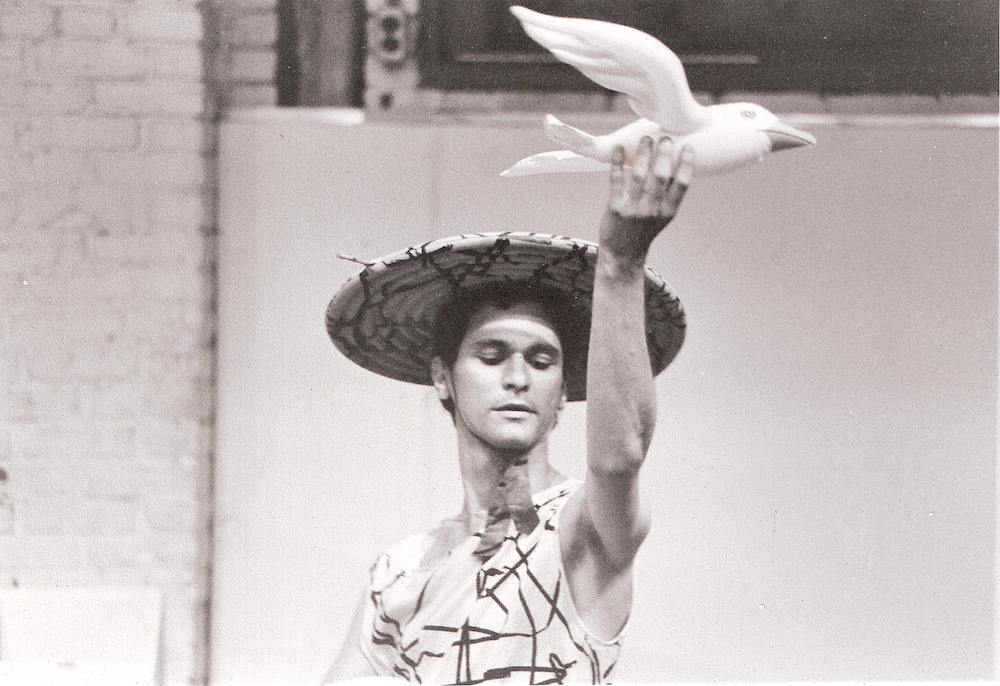 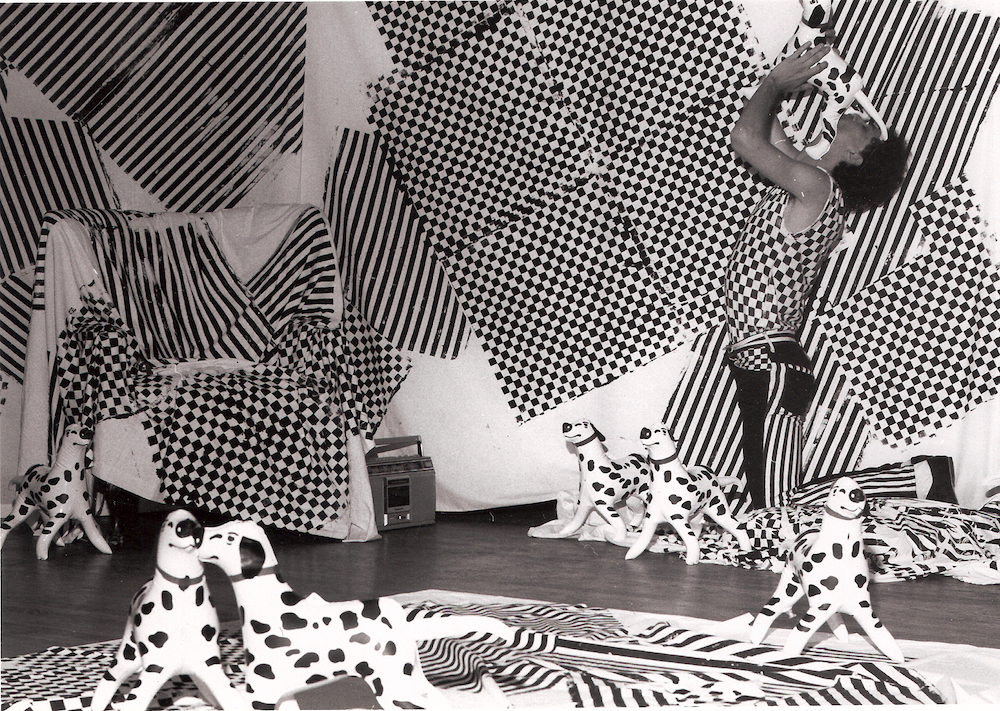 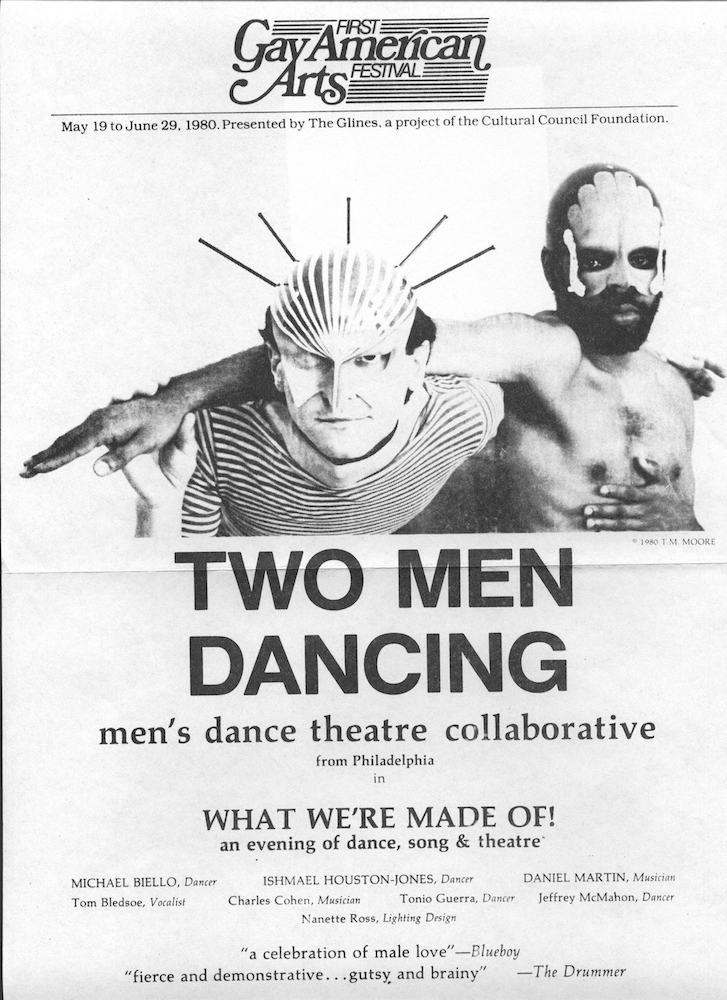 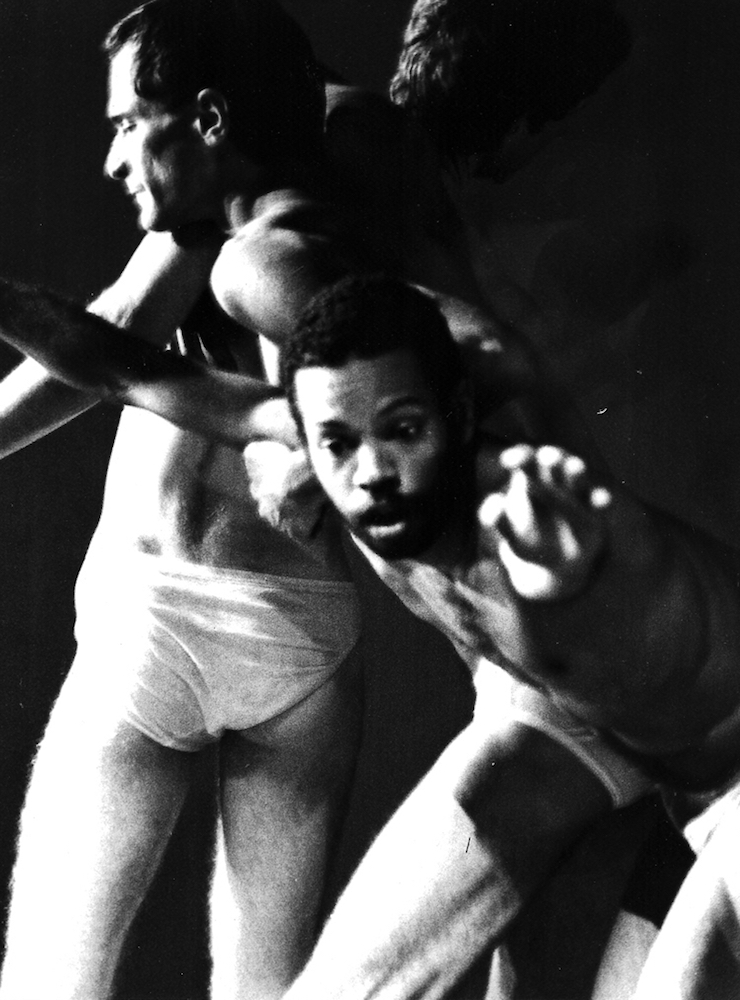